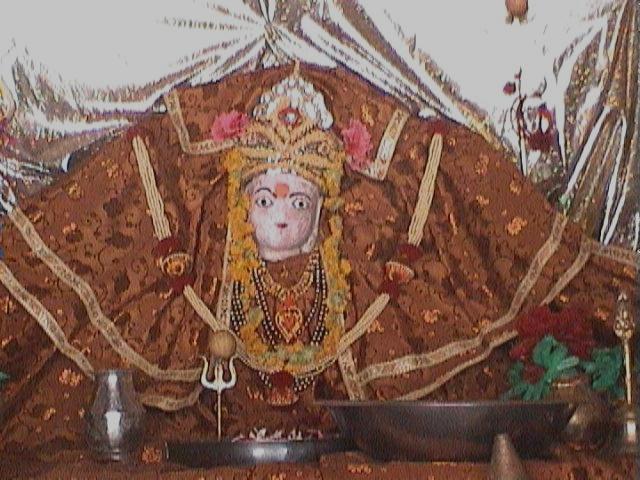 Dingucha is a Village in Kalol Taluka in Gandhinagar District and it is located 22 KM from Gandhinagar.  Pansar, Bhadol, Nardipur, Bhavpura, Nava are the nearby Villages and Kalol, Gandhinagar, Kadi, Mansa are the near by Cities to Dingucha. Dingucha Pin code is 382740 and postal head office is Pansar.

Brahmani Mataji is the ‘Aaradhya Devi’ of Dingucha. Mataji is clad in white clothes and  sitting on the swan.  In her four hands she has a lotus, rosary, and amrit kamandal and varada mudra.

Legend about Construction of the Temple Once the Dodia Rajputs went to the hilly areas of Eder to bring materials for the constuction. There was no transportation available except for the bullock cart to carry goods.They put the material I on the cart but accidentally took the wrong path on return. The area was bumpy and full of stones and the bullock carts were unable to move forward.Everyone was stressed and worried; finally they resorted to Goddess Mata. After some time a miracle took place and two brown-eyed sisters came from nowhere and requested the Rajputs to give them a ride. The bullock cart head coach said that the bulls are very tired, so will  not be able to help them. At this, the sisters said that if they were allowed to sit, everything would be alright. Due to their request and deserted road, the Rajputs agreed and the two sisters sat in the bullock cart. As they sat, the bullock carts started running. The coach was very surprised at this. On the way to Dingucha one of the  sisters, without telling anyone, got off the cart near the beautiful pond at Rayan Talavadi and sat under a tree of Rayan or khirni. The other sister also got off and descended among the thorny bushes at the eastern entrance of Dingucha without informing anyone.

Upon reaching the village safely, the coach realized that the two sisters were no longer with him. Surprised at their absence, he started searching for them but  in vain. That night he had a divine vision of Mother in his dream and Mataji told that Mata Karhariji (Clash Harni Mataji), Reyan Talaawadi as first sister and Mata Brahmaniji as Dingucha as second sister. Their temple should be built there. The villagers then built a small temple at the eastern entrance of the village and started worshiping Mata Brahmani.

Renovation of the Temple:

This temple was renovated twice and the history behind both reconstructions is different. More than 80 years ago   some Patel from the village went to Rangoon to do business. Due to the revolution, they were forced to leave their property and money. They thought it appropriate to go back home through the thick bamboo forests in order to save their life. During their journey, they lost their way in the rugged areas of Assam and were lost in the forests unable to get out. Unhappily they all started praying to Mother Brahamani that “Mother please save us and help us reach safe house”. A miracle happened again that moment, a little girl with white hair appeared. She told them not to worry that she would guide them and lead them on their way out of the jungles. And after this their tiring journey ended without much trouble and they reached Dingucha. When they reached home, they came to know that the girl who helped them in the jungles was not an ordinary girl but Brahmani Mata. They then renovated the temple and made it larger than before.

Second Renovation of the Temple:

Presently, a meeting of businessmen and villagers of Patel community was called to build the temple at Dingucha and it was decided unanimously to renovate the temple. “Sri Brahmani Mataji Charitable Trust” was formed in Ahmedabad. Within two years, the small temple was converted into a large and beautiful temple by collecting donations of millions of rupees in the trust. This new temple was inaugurated in February 1996.

Dingucha is part of the Kalol sub-district, which comes under the Gandhi Nagar district. The total distance from the airport to Gandhinagar is 30 minutes and from Gandhinagar to Dingucha is 26.0 kilometers. 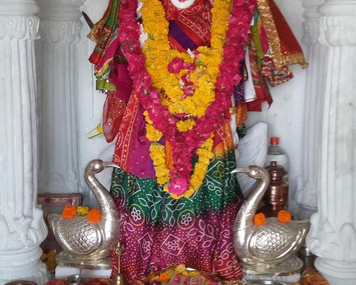 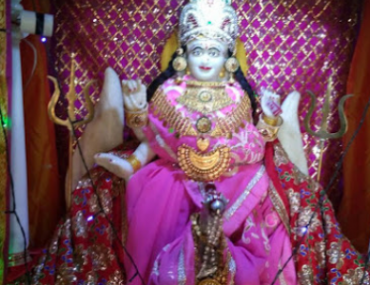