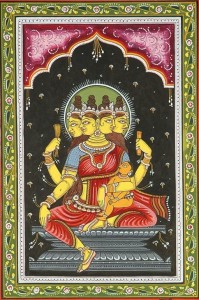 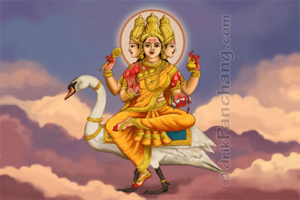 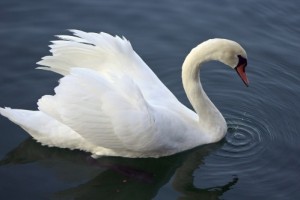 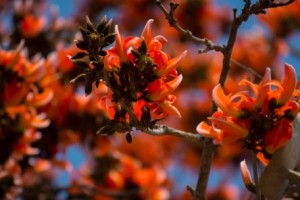 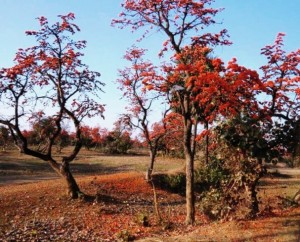 She is the Shakti (power) of the creator Lord Brahma. She is depicted with four heads and four or six hands. Her body is bright as gold, she wears a yellow garment (Pitambara) and various ornaments. She can be distinguished by her basket-shaped crown called ‘Karanda Mukuta’.

Like Brahma, she holds a rosary, a kamandalu (water pot) or a lotus stem, a book or a bell. She sits on a red lotus beneath a Palash tree (Butea monosperma). Her mount is a swan.

Purva-karanagama states that she carries a prong and a rosary in her upper hands and her lower hands are in poses of bestowing boons and fearlessness.

When she is depicted with six hands:

Vishnu Dharmottara Purana describes Brahmi Devi as having six hands. Of the three hands on the left, the lowest one gestures fearlessness while the other two hold a book and a water pot. On the right, the lowest hand gestures wish fulfilment while the other two hold a noose and a ladle for pouring oblations of ghee into fire. It also mentions deer-skin as a part of her attire. 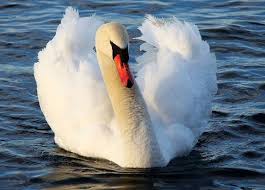 Symbolism of the Swan:

The Sansksrit word for swan is hamsa and the “Raja Hamsam” or the Royal Swan is the vehicle of Goddess Saraswati which symbolises “Sattva Guna” or purity par excellence. In Hinduism swans represent saintly people who live in world without getting attached to it, just as a swan’s feathers do not get wet in water. It is said that when a mixture of milk and water is offered to a swan it separates the milk from the water and drinks only the milk.

The swan is white, the crane is white,
what is the difference between the swan and the crane?
During discriminating between water and milk,
the swan is a swan while the crane is a crane!

Nature is at the core of Indian mythology and many believe that Hinduism has a deep animist essence. Some say that Agni, the Fire God was once born on earth and he took the shape of a flower. That flower is called “Palash” and when in full bloom, is of a fiery vermillion shade. Palash blooms in the first week of March and at that time, the flowering trees look like they are on fire.

The various parts of the Plash tree, like the flowers, bark, leaves and the seed gum are used for medicinal purposes. It has many curative properties: