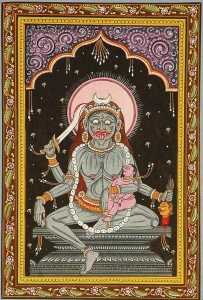 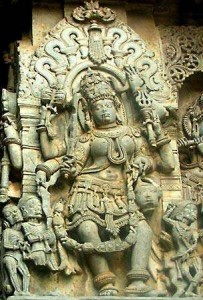 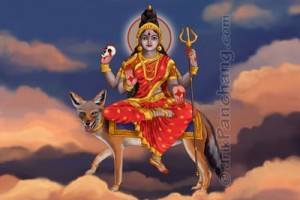 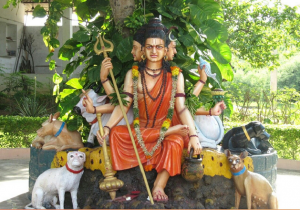 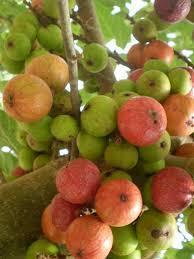 Chamunda is known as Chamundi and Charchika is the power of Devi (Chandi). Devi Mahatmaya identified her with Kali and is similar in her appearance and habit and Kali is celebrated as Chamunda after she overpowers and beheads Chanda and Munda.

She is always portrayed last in the group. While other Matrikas are considered as Saktis (powers) of male divinities and resemble them in their appearance, Chamunda is the only Matrika who is a Shakti of the great Goddess ‘Devi’ rather than a male god. She consider the Mahadevi Chamunda, in her integrated form (Samasti), as of the nature of the Brahman- Brahma-svarupini. She combines in herself her other diversified (Vyasti) forms of Mahalakshmi (Aim); Mahasarasvathi (Hrim); and, Mahakali (Kilm).

Unlike other Matrikas, Chamunda is an independent goddess. She is also praised as the fertility goddess of Vindhya Mountains and associated with Yama.

The black coloured Chamunda is described as wearing a garland of severed heads or skulls (Mundamala) in the manner of the Yajnopavita. She has three eyes and is red in colour, a terrifying face with a powerful tusks and a sunken belly, a very emaciated body, mouth hideously distorted and the tongue protruding out, drunken eyes, hair is abundant and thick and bristles upwards and ten hands. She wears a very heavy jata-makuta formed of piled, matted hair tied with snakes or skull ornaments. She wears Kundalas made of Conch shell (Sankha Patra. Sometimes, a crescent moon is seen on her head. Her garment is the tiger skin and she wears ornaments of bones, skulls, serpents and scorpions, symbols of disease and death. Her Vahana is an Owl or a Jackal and the emblem of her banner is an Eagle.

There is a variation on her seat:

When she depicted as ten to twelve arms:

Symbolism of a Fig or Goolar Tree

Udumbara is the Sanskrit name for the fig tree. The other Sanskrit names are Apushpa phala sambandha, Haritaksha, and Hemadugda. It is a native of India and its scientific name is Ficus racemose. The significance of Goddess Chamunda seated under a fig tree is that if we can relate this to religious purpose, the common man will preserve the tree, which is very useful for a human being. Why this tree must be preserved can be judge by it’s medicinal properties.

• According to the Vedas, Lord Vishnu is an embodiment of the tree and known as Udumbara. This tree symbolises good luck, brings prosperity and destroy enemies.

• The wood being sacred is used in havan or yagna. The throne of Raja Harish Chandra was made of Udumbara and the king would ascend the throne on his knees chanting the names of God.
• In ancient times, there was a warrior clan known as ‘Udumbara’ in the Sub Himalayan region, where coins with motifs of the Udumbara tree were found.
• In Buddhists texts Udumbara is known as the Blue Lotus (Nila Kamal) and considered sacred, as a former Buddha- Konagamana had attained enlightenment under this tree.
• Guru Dattatreya, known as the Holy Trinity resides in this tree that’s why his temple is surrounded with fig trees. According to Guru Charita this tree is considered as the ‘Kalpataru of Kaliyuga’,

Udumbara is an ancient medicinal plant that generates oxygen throughout the entire day. All parts of the plant like the leaves, fruits, its bark, latex and sap of the root are used for a variety of medicinal purposes. Atharva Veda states that it has the power to heal skin related ailments and Rig Veda says that it is effective in the treatment of piles, intestinal ulcers caused by worms and works as a blood purifier.