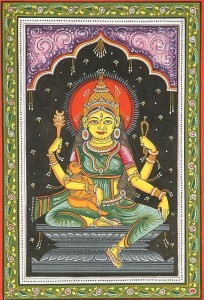 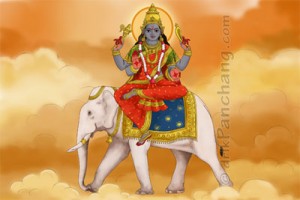 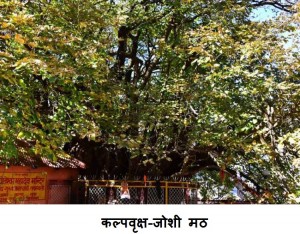 Aindri known as Indrani, Mahendri, Shakri and Vajri, is the shakthi of Indra. Her complexion is dark- red and has two eyes and four arms. When she depicted with thousand eyes like Indra then and her complexion is golden colour and has six arms. She is seated under the Kalpaka tree. She is richly ornamented; and adorned with Kirita Makuta. Her vahana is elephant.

Devi-purana and Purvakaranagama depicted her with four arms. In two of her hands she carries the Vajra (thunderbolt) and the shakthi; while the other two gesture Varada and Abhaya mudra. Sometimes she is shown holding Ankusha (goad) and lotus.

When she depicted as six hands:

According to the Vishnudharmottara, She have six arms, four of the hands carrying the sutra, Vajra, Kalasa (a pot) and Patra (a drinking cup) and the remaining hands being held in Abhaya and Varada mudra. 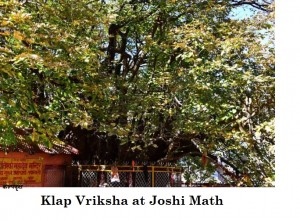 Kalpavriksha also known as kalpataru, kalpadruma or kalpapādapa, is a wish-fulfilling divine tree. The Kalpavriksha originated during the “Samudra Manthan of the ocean” along with the Kamdhenu. The king of the gods, Indra, returned with this tree to his paradise. Kalpavriksha is also identified with many trees such as parijata, baniyan, babool, Shahtoot, Mahua, Chiuri and Shami. These trees, fullfill all the needs of human being.

These majestic creatures have been depicted in mythology and religion for thousands of years. There are many meanings and interpretations behind elephant symbols, which are particularly significant in Hinduism and Buddhism. 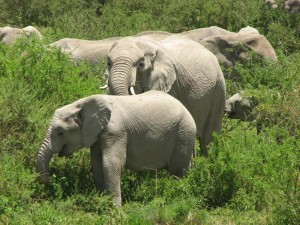