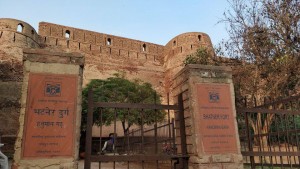 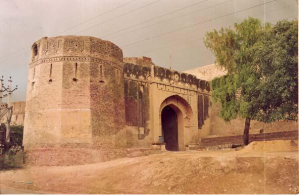 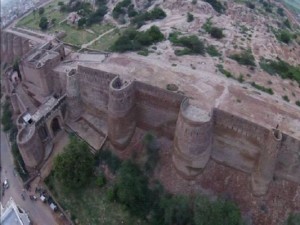 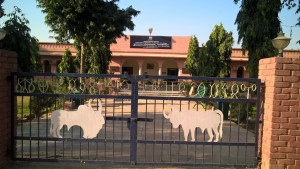 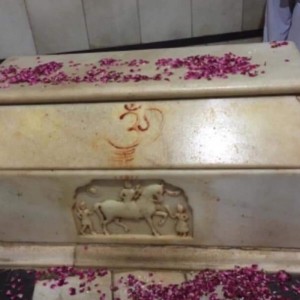 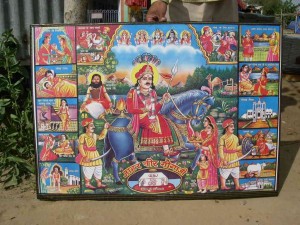 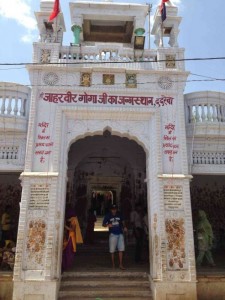 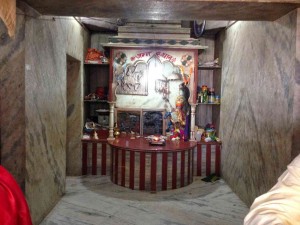 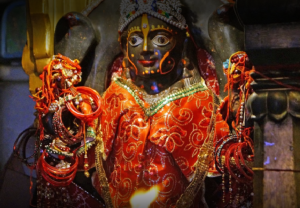 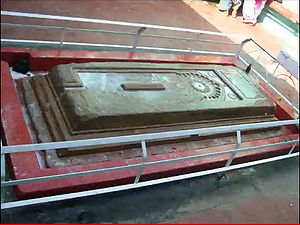 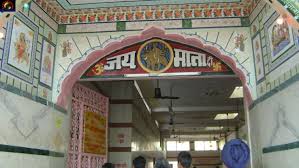 Located about 400 km from Delhi, Hanumangarh is well connected by road and rail. Hanumangarh is popular for its temples. It was once a part of the Indus Valley Civilization, thus has a historical significance. Recent excavations in the area have revealed some stunning art effects belonging to an era of great significance to human history.

Hanumangarh is also an agricultural market place where cotton and wool are woven on handlooms and sold. Numerous festivals mark the city throughout the year, some of the well-known ones being the Bhadrakali Mela, Gogamedi  Mela, Pallu Mela, Shila Mata Mela,  Mahitab Singh Yadgari Mela and so on.  Some of these festivals are celebrated weekly and some yearly. Pilgrims from the North of India attend these festivals in great numbers.

Hanumangarh was originally called Bhatner since it was the kingdom of the Bhati kings. When Raja Suraj Singh of Bikaner captured the town on a Tuesday (a day dedicated to Lord Hanuman) he renamed it ‘Hanumangarh’.

This region was a significant travel route on the Delhi-Multan highway for the traders who used to travel from Central Asia, Sindh and Kabul to Delhi and Agra via Bhatner.

Chandigarh is the nearest airport (312 kilometres) to Hanumangarh with daily flights from Mumbai, Delhi and other major metros around the country.

Hanumangarh is well connected via road with Jaipur, Delhi, Ludhiana, Chandigarh and Jodhpur. Hiring a car is the best option but there are many bus services available, private and those run by the Rajasthan State Road Transport Corporation.

Hanumangarh has good rail connections to Jalore, Agra, Delhi, Jaipur and Guwahati with a number of trains halting at the Hanumangarh Railway Station throughout the week.

There are many tourist attractions in and around Hanumangargh district.

The primary tourist attraction of Hanumangarh is the oldest fort in India, the ‘Bhatner fort’, a beautiful structure whose history dates back thousands of years.

This fort situated on the bank of River Ghaggar, was built in 253 CE by Bhupat, son of king Bhati of Jaisalmer. After losing a war, King Bhupat took shelter in the jungles around the Ghaggar River. There he constructed a safe castle for himself which came to be known as Bhatner fort. The entire fort is built of bricks, covering an area of 52 acres and has the shape of a parallelogram, with a dozen bastions on each side. This fort is heavily fortified and has many stunning gates. It has temples that are dedicated to Lord Shiva and Lord Hanuman. Painted Grey Ware dating back to 1100-800 BCE and Rang-Mahal Ware (1st-3rd century CE) have been found in the wells situated along the wall.

In the middle of the thirteenth century, Sher Shah Suri, a cousin or nephew of Balban (the Sultan of Delhi), was the governor in these parts of the

country.  In 1391, Bhatner was wrested by Timur by defeating Bhatti King Rao Doolchand.  This is mention in “Tuzuk-e-Timuri” (Autobiography of Timur) that this fort was one of the strongest and secure forts of India. During the Timur invasion of India in 1398, Timur took 10,000 soldiers from his main army of 92,000 which was advancing towards Delhi under his grandson and captured the Bhatner fort, ransacked the city and destroyed its fortifications. Even Mughal Emperor Akbar described his fortification in his book “Ain-i-Akbari”.

Over period of time, the fort has been held by Bhatis, Johiyas and Chayals until 1527 when it was taken by Rao Jet Singh of Bikaner. After that, it came twice under Mughal control as well, in addition to being the possession of the royal families of Chayal and Bikaner.

Researchers believe that famous Battle of Tarain fought between Mohammad Ghori and  Prithviraj Chauhan is the present Talwara Jheel area of the district. This fort stands in the path of invasions of India from Central Asia and had acted as a strong barricade against the attack of enemies. Finally in the year 1805, it was captured by Emperor Suraj Singh of Bikaner and remained with him till the formation of Rajasthan.

Kalibangan is famous as a site where relics from the Indus Valley Civilization were unearthed. These relics belong to the Harappan and pre-Harappan settlements from the year 2500 BC. Excavations at Kalibangan have revealed Harappan seals, human skeletons, unknown scripts, stamps, copper bangles, beads, coins, toys, terracotta and shells.

3. Archaeological Museum: This museum was set up in 1983 to house the findings from the excavation conducted on the Harappan site during 1961-1969. The museum has three galleries – one pre-Harappan one and two devoted to Harappan artefacts.

For more details please read the’ Heritage of Hanumangargh’ a subsection in the main menu under ‘Archaeology’.

Around 120 km from the city of Hanumangarh lies the Temple of Shri Gogaji in a village called Gogamedi. Legend has it that Gogaji was a warrior who possessed spiritual powers. He is also referred to as the ‘God of Snakes’. The temple was built in his honour almost 900 years ago by Bikaner’s Maharaja Shri Ganga Singh and  it stands on an elevated mount.

The architecture of the temple is mix of Muslim and Hindu styles and has two minarets above the shrine which houses the main idol. Constructed from stone and lime mortar, the flooring done in white and black marble tiles. People of all faiths visit this temple. The temple has a beautiful, engraved statue of Gogaji as a warrior riding a blue horse, with a lance in his hand and a snake around his neck.

He is a local deity and highly revered as he is capable of healing a person suffering from snakebite and other diseases. Gogaji is worshiped not only in Rajasthan but also in Madhya Pradesh, Uttar Pradesh, Punjab, Haryana and Himachal Pradesh.

Maharaja Gogaji was a popular Chauhan clan king in Rajasthan. His original name was Jaharveer. His cousins Archan and Sarchon were men of evil intent and desired to kill Jaharveer after kidnapping his wife Shreeyal. Jaharveer got to know their plan and killed them. Jarahveer’s mother Bachchal could not bear this and directed the king to leave the kingdom. Thereafter Jaharveer left the palace and started living in a forest. However, he continued to meet his wife secretly.

Eventually his mother got to know about these meetings. Jaharveer could not face his mother for disobeying her command of not coming to the palace ever again, therefore he got himself enshrined in the ground along with his horse at Gogamedi.

A grand fair is held at Gogamedi in August in memory of Gogaji. The fair is held from the ninth day (Goga Navami) to the eleventh day of the Krishna paksh of Bhaadra month.  This festival is a big tourist attraction.

Gogamedi is famous for its major animal fair in this region. Animal traders from all over India come here for trading, especially for camels.

Gogamedi is famous for its panoramic view, making it a place for nature photography.

If you want to revive our traditional folk tales or are interested in the story of Gogaji, then click on the following link and enjoy the folk tales of Gogaji which were sung by the bhat-charanas.

Located at a distance of 7 kms from Hanumangarh, this temple of Mata Bhadrakali is on the banks of the Ghaggar River. The deity the temple is dedicated to one of the many avatars of Goddess Durga. Constructed by the sixth king of Bikaner Maharaja Ram Singh, Goddess Durga idol was made entirely out of red stone. The temple is open to the public throughout the week.

Sila Mata Temple, established in the 18th century, is located in the city of Hanumangarh. It is said that the ‘sila’ meaning a slab of stone which had flowed from the Ghaggar River was installed in the temple.

Details of this famous temple are given on the homepage.