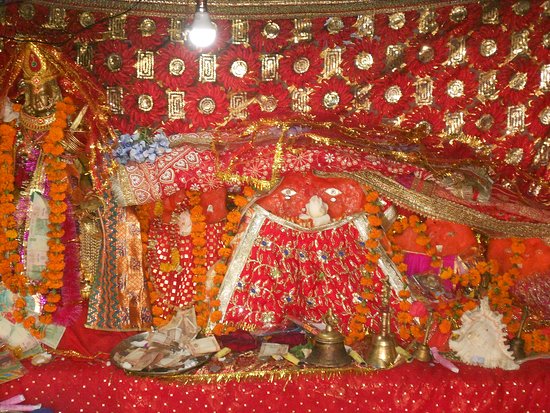 Bharmour is a Tehsil in Chamba District of Himachal Pradesh. Dharamsala, Chamba, Keylong, Dalhousie, Mcleodganj (McLeodGanj), Palampur, Khajjiar are the near by tourist destinations. Brahmani or Bharmani Devi is the patron Goddess of Bharmaur. 9000 feet above sea level, is the sacred shrine of Mother Bharmani. This temple is located 4 km from the main town, on a ridge in the middle of a forest and has a breath taking view of the Budhal valley. According to a local belief, in the 6th Century, this town of Bharmaur was called Brahmpura after Brahmani Devi.

Devotees visiting Manimahesh first pay obeisance at the temple of Mata Bharmani. According to the prevalent belief, unless an attendance is marked in the court of the sacred Mother, the pilgrimage of the devotee is incomplete. All those travelling to Manimahesh first visit the Devi temple, then take a dip in the holy pond and thereafter begin their journey to Manimahesh. 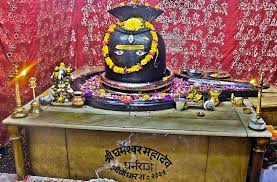 Legend has it that the tribal region of Bharmour was earlier called Brahmapura. At that time the temple of Mata Bharmani was also in the premises of Chaurasi and men were prohibited to stay the night there. During that time, a team of eighty-four Siddhas was going on a holy pilgrimage of Manimahesh. As they continued their journey it started becoming dark. In such a situation, the eighty-four Siddhas, seeing the level ground of Chaurasi, made up their mind to spend the night there. As soon as these eighty-four Siddhas entered the Chaurasi campus at night, Mother Bharmani became enraged.

She was about to curse all the eighty-four Siddhas but their chief who was  Lord Shankar himself stepped forward. Seeing Lord Shankar, Mata Bharmani’s anger subsided. She asked for his forgiveness but informed him that men were prohibited from spending a night there. Lord Shankar gave a boon to Mata Bharmani that the pilgrimage of devotees coming Manimahesh will be considered complete only after a visit to her temple and a dip in the holy tank. Then Mata Bharmani left that site and reappeared 4 km away at a place called Duga Saar. The 84 siddhas assumed the form of lingas and settled down in Bharmour for eternity. 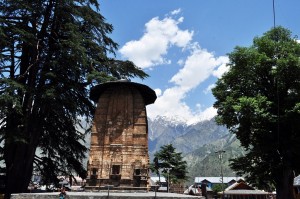 Theft of water by Devi Brahmani:

It is only after having darshan of Bharmani Mata and bathing in the holy tank of Brahmani that devotees of Shiva begin their onward journey. These ponds are below the Brahmani cave. This pool is about 4 * 4 meters in size. According to the legend, Goddess Brahmani stole this holy water from Lord Sandhol Nag, which is another side of the mountain. Seven water streams are flowing out from below the cave and they currently provide water supply to Bharmour. This mountainous region with its aesthetic natural beauty gives a glorious view of beautiful Bharmour.

The temple complex has rooms where devotees can rest and they are provided with stoves for cooking. At the onset of winter and snowfall in the month of November the temple remains closed. The priests make offerings to all the visitors who come there. A ‘Langar’ service is run there where the locals lovingly serve delicious food.

The nearest airport to Chamba is at Gaggal (Kangra) near Dharamshala which is 190 km from Bharmour. There are many flights connecting Delhi and Chandigarh to Gaggal base and international and domestic travelers can catch flights from there.

The nearest broad gauge railway terminals are about 120 km from Chamba and 164 km from Bharmour.

Bharmour is connected by roads with the main cities of Himachal Pradesh like Chamba, Dalhousie, Dharamshala etc. It is about 200 km from Dharamshala at an altitude of 60 km from Chamba city and 2195 meters above sea level.

Bharmour is 64 km from Chamba. Taxis and buses are available from Pathankot to Chamba and  Chamba to Bharmour.

Bharamani Mata Temple is located at least 200 feet away from Bharmour Helipad.

You can reach the temple through some other methods.

Option1-Track the 2.5 km trail, which starts at the helipad, passes through the middle of the Gaddi villages and travel with the snowy peaks of Pir Panjal in the background, overlooking the majestic view of the apple orchard.

Option 2- Take a taxi and go through the mountains via a 6 km bumpy and very narrow road.

If you have any information or photographs related to Bharmani of Bharmour or of any other temple on this website, kindly share with us. We will update the information and the credit will duly be given to you. The purpose of this site is to present all the information about Brahmani Mata Temple in India in one place to ease search and information for her devotees or Bhakts in India and abroad. 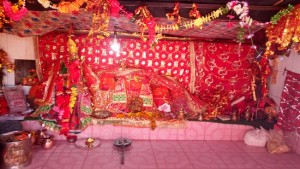 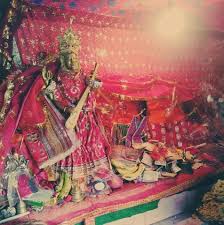 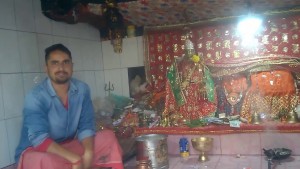 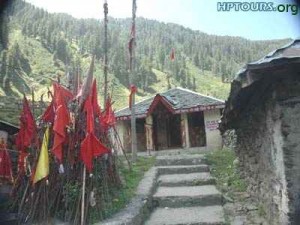 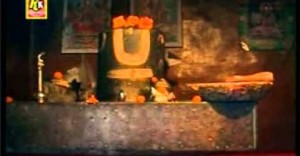 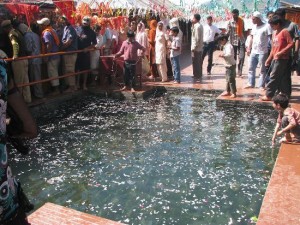