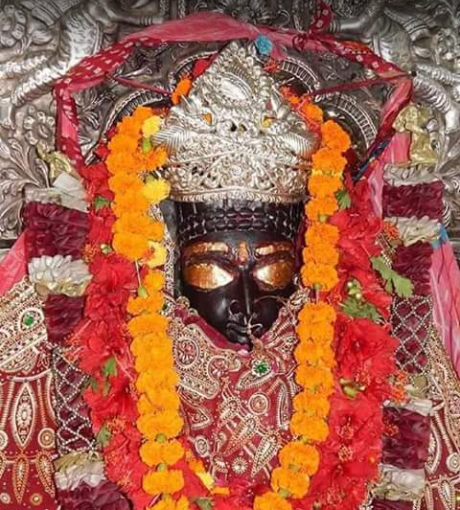 Brahmaine is a Village in Hanumanganj Block in Ballia District of Uttar Pradesh. It belongs to Azamgarh Division. It is located 8 KM from District BalliaJira. Basti, Bharatpur Chaubey, Dharhara, Shreepur, Chhorhar are the nearby Villages and Ballia , Reoti , Rasra , Dumraon are the near by Cities to Brahmaine. It is near to the Bihar State Border. Brahmaine Pin code is 277121 and postal head office is Garwar.

The ancient temple of Maa Brahmani Devi, situated at the Brahmine village on the Ballia-Sikandarpur main road, remains a centre of faith among devotees. It is believed that if invoked her with complete faith, the Goddess fulfils her devotees every desire.

The temple swarms with devotees coming from far and wide, not just during the Navaratri days but on various other occasions as well. The divine form of the Goddess is worshipped in a variety of forms for the nine days of Navaratri but the eighth day’s Nisha Pujan or ‘night worship’ has a special significance. 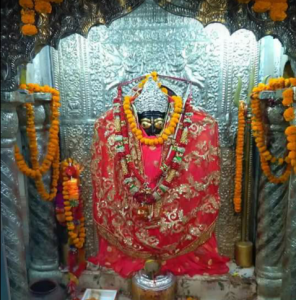 The district situated between the Rivers Ganga and Ghaghra has been the site for innumerable mythological places since time immemorial. There is a description of this temple too in the Puranas. If the information given in the Puranas is to be accepted, then this temple which is situated in the Brahmine village close to Hanumanganj is the place where Maharishi Bhrigu’s parents stayed when they came there to attend a yajna.

It was to slay the demon Banasura that Goddess Bhagwati had incarnated. With the grace of Shiva-Parvati and also Sri Krishna sparing his life, this demon had become uncontrollable. Banasura was killed by a partial incarnation of the Goddess in the form of a young virgin. In Southern India she is called ‘Kanyakumari’ and in Northern parts of India, she is the deity worshiped by the descendants of the Solar dynasty as Goddess Bayan Mata.

Durga Saptashati and Markandeya Purana mention that after being defeated by the kings of Bhavan, King Surath left for this place with some soldiers on the pretext of hunting. Where the Brahmine village is located now, there used to be a forest at the time. This is where the king stopped and asked his soldiers to bring him some water. The soldiers walked a short distance and spotted a lake and they brought water for the king from there. The king was wounded in the battle and pus was oozing from various parts of his body.  When he washed his wound with that water, all cuts and pus filled wounds healed. Astonished by this incident, the king asked the soldiers to take him to the place from where they had brought that water. On reaching there, the king dived into the lake and his complete body became as it was earlier. The king then thought that this definitely was some sacred place. He sent back his soldiers and as he was wandering around on his own, he spotted Maharishi Medha’s hermitage. With the consent of the Maharishi the king started living in his ashram.

A few days later there came a Vaishya named Samadhi whose family, in order to usurp his wealth, had thrown him out of his own home. King Surath and Samadhi asked Sage Medha for a method to find peace. The sage asked them to worship Adi Shakti.  Thus, focused to Mother Brahmani, King Surath and Samadhi did a penance for three years. Pleased with their austerity, the Mother Goddess incarnated before them and fulfilled their wishes. The spot where King Surath’s had meditated became well known as Surha. A small, sole canal/stream or waterfall came to be known as ‘Kathahal Nala’. After getting back his kingdom, King Surath of the Solar dynasty built temples for Mother Veerani  and Brahmani.

The nearest airport to Ballia is

Train connectivity to major cities of India like Delhi, Mumbai, Kolkata as well as to Lucknow, Kanpur, Agra, Varanasi and Allahabad via many trains is available. There are two daily Rajdhani Expresses are connecting the town. The nearby railway stations to Brahmaine are:

One can reach Ballia via road by any of these routes: Varanasi, Gorakhpur, Kanpur, Agra, Varanasi and Allahabad by road. The state bus corporation UPSRTC is the primary road transport. 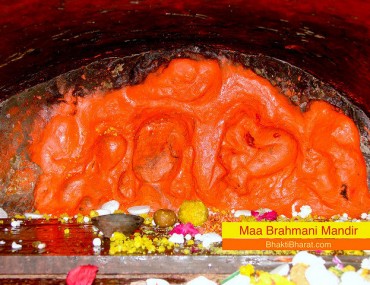