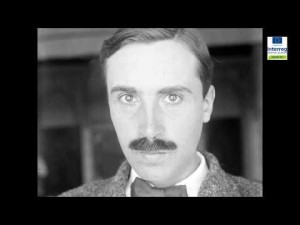 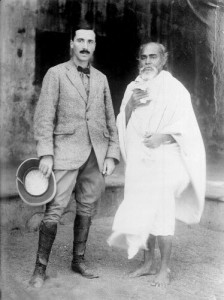 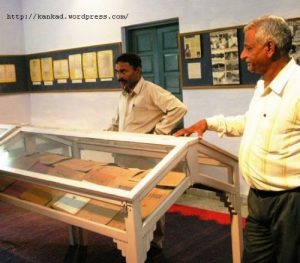 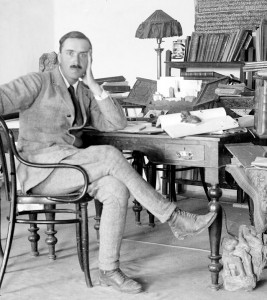 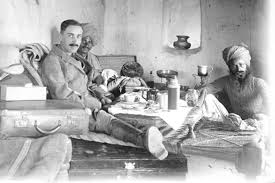 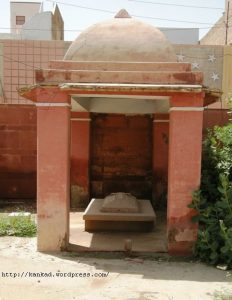 Tessitori was born on 13 December 1887 in the north-eastern Italian city of Udine. He was born in the home of a workers Guilde Tessitori and Lugia Rosa Venier Romano at the Foundling Hospital. Before going to university he studied at the Liso Classico Jacopo Stellini. He received his degree in Humanities in 1910, studying at the University of Florence. He was a quiet student and studied Sanskrit, Pali and Prakrit. His classmates used to refer to him by the Indian “Louis” (Warrior) surname as he was very interested in Indian culture and literature.

Having developed an interest in North Indian vernaculars, Tessitori worked hard to obtain an appointment in Rajasthan. He applied to the India office in 1913, realizing that there was no guarantee of a job. He also approached the Indian kings to appoint for linguistic work. During this time, he established contact with a

Jain teacher, Vijaya Dharma Suri (1868–1923), with whom he had close personal and professional connections.

Suri was known for his deep knowledge of Jain literature and was instrumental in the retrieval and preservation of many works of Jain literature. Suri offered him a position in a Jain school in Rajasthan unbderstanding the sensitivity and the delicate volatile situation of a foreign Christian living in the Jain community.

Tessitori applied for approval from the India Office and came to India in 1914. On reaching India, he became closely involved with both the Linguistic Survey and the Archaeological Survey and the exploration he undertook became a discovery of fundamental importance to Indology.

He left for Italy on 17th  April 1919 after receiving news of his mother’s serious illness. But by the time he reached Italy, his mother had died. Unfortunately, when he was returning to India by ship in November, he got the much dreaded Spanish influenza (like COVID-19) and fell seriously ill. He unfrtunatley died on 22 November 1919 in Bikaner.

Research on Valmiki and Tulsidas Ramayan:

Tessitori had a natural interest in foreign languages ​​and after studying Sanskrit at the university level, he also graduated from Sanskrit from the University of Florence. Between 1846 and 1870, twelve volumes of the Bengali or Gowda edition of the Valmiki Ramayana were published in Italy by Gaspare Gorescio. This became an important reference for Italian Indologists. Tessitori’s thesis was also based on his work. He analyzed the relationship between Valmiki and Tulsidas’s version of Ramayan in it. He showed that after about a thousand years in the Ram-Charit Manas written in Awadhi, Tulsidasji borrowed the main story from Valmiki and then presented it in a poetic form, expanding or reducing the subject according to his interest, and wished it to be considered a new work.

In his painstaking research Tessitori compared both volumes’ poetry; he established that Tulsidasji had made a unique mixture of different versions of the Ramayana which were very popular at that time in India. His thesis was published in under the supervision of Paolo Emilio Pavolini. At the age of 24, he had the distinction of being the first Italian researcher on the topic ‘Ramcharit and Ramayana’.

The Asiatic Society of Bengal invited Tessitori to join its linguistic survey of India. He was tasked by Sir George Grierson to lead the Bardic and Historical Survey of the Poets or Bhats of Rajputana. He came on 8 April 1914 and lived in Rajputana for five years. He translated and commented on the medieval period and poems of Rajasthan, many of which he had previously studied in the National Library of Florence.

Tessitori discovered poetic compositions in the Dingla and Pingala dialects and genealogical stories. He succeeded in cataloging the private Bardic Library and several state libraries despite some bureaucratic opposition. He has critically edited many literary works. Such as Veli Chrisan Rukmani Ri by Rathod Prithviraj (v. 1606), Nasket Ri of Charan Das (1760-1836) and  Chanda Rao Jaitsey Ro of Beethu Sujo (1598).

In 1915, invited by the Maharaja of Bikaner, Tessitori arrived in Rajasthan and began a lexicographic and grammatical study in the regional literature. He was able to show that the manner of speaking of old Gujarati dialect was actually old Western Rajasthani. He was taken aback by the beauty of Rajasthani dialects. He studied the grammar of old Rajasthani dialect with the same comparative methods as he did with his thesis or research. In this way he laid the foundation for the development of modern Indo-Aryan Vernacular or ethnic Prakrit language.

A collection of those epic or heroic poems, which are often sung by lyre, song, or in any manner. An ancient Celtic composer and poet of the order of authors of poetry such as, Bard, William Shakespeare. In the famous archives of Bikaner, there is a Tessitori inscription room which displays all the material attached to them. The contents of this room are made available by Hazari Lal Banthiya.

Discovery of Indus Valley Civilization site of Kalibangan: When Tessori was doing some research in ancient Indian texts, he was surprised by the similarity of the ruins of that region to the pre-Mauryan period and the Harappan culture. He sought help from Sir John Marshall of the Archaeological Survey of India (ASI). ASI had discovered  Harappa by that time  but were however unaware of the importance of its ruins.

Along with his linguistic work, the Tessitori traveled to Jodhpur and Bikaner in search of memorial pillars, statues, coins and archaeological sites on behalf of Sir John Marshall.

Tesitori received the Gupta terracotta objects from the mining of dunes of Rang Mahal and other places, as well as two huge marble statues of Goddess Saraswati near Ganganagar. They found terracotta item of the Kushan-empire at Dulamani and Ganganagar. He published by resolving the signatures of the stone (Govardhan) columns and inscriptions or articles of cipheries in the Jodhpur-Bikaner region. He roamed and covered hundreds of villages of the princely state of Bikaner and collected about 729 archival items  and about 981 statues and other things of archaeological importance.

He referred to the historically oriented proto-historical ruins in the Bikaner-Ganganagar region, which rightly indicates that they belong to the Mauryan culture. This discovery enabled the discovery and excavation of the Indus Valley

Civilization site of Kalibangan. During his brief stay in Italy in 1919, he informed Sir George Grierson about the discovery of two items from Kalibangan. And told that, “The first of them is a seal on which I am unable to recognize the inscribed article and the second is the section on which the seal was found. This is an extremely interesting discovery: I believe it may be prehistoric or non-Aryan. I suspect that the inscriptions on the seal may indicate an alien race? “

Grierson suggested he show it to John Marshall when he returned to India. When he came back to Bikaner, he could not do so due to his untimely demise. Seal’s knowledge was buried with him and recovered only when Hazarimal Banthiya, a merchant from Kanpur, brought back copies of his correspondence from Italy to India.

Tessitori, had a special interest in Indian civilization and culture, he molded himself according to the harsh climate of the Thar and Rajasthni culture and become one of them. Maharaja Gangasinghji buried him in the tomb of Rajput style umbrella near the fort. The tomb of the Tessitori in Bikaner has been developed as a memorial site. In his memory was started the annual Tessitory Memorial Festival in 1982.